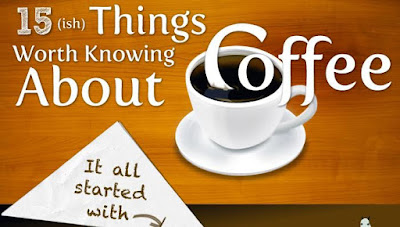 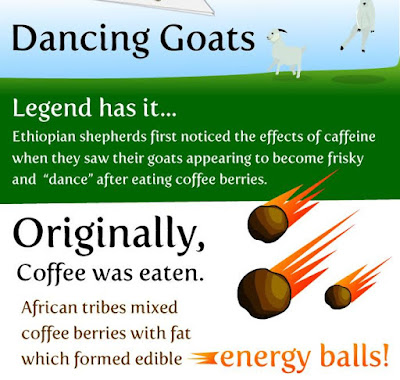 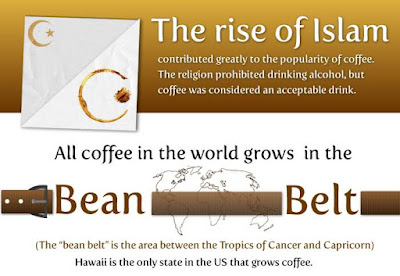 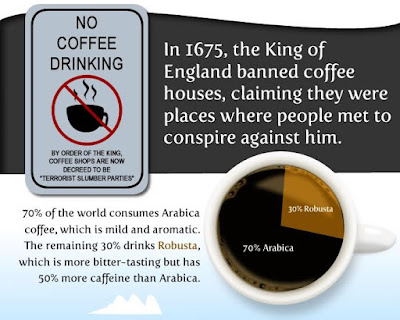 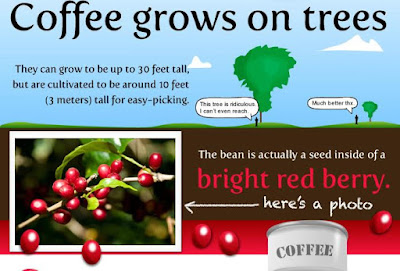 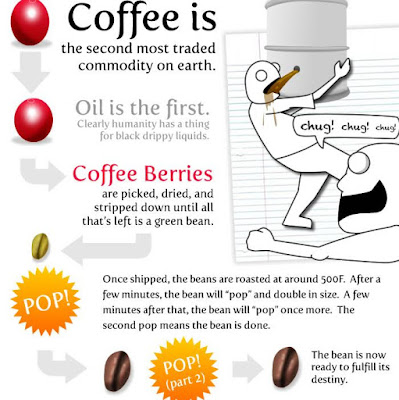 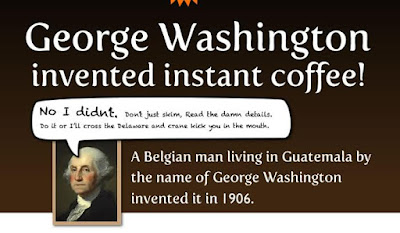 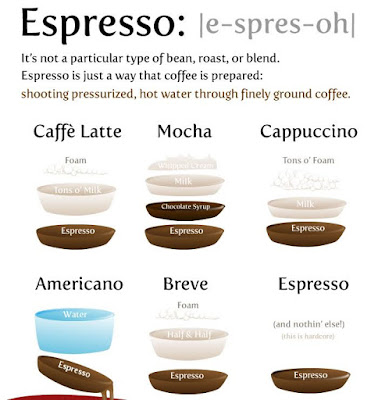 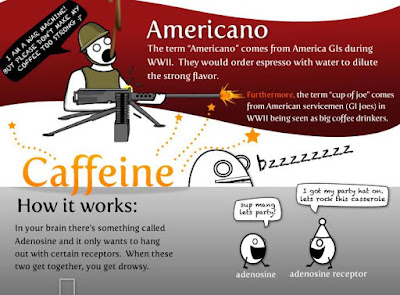 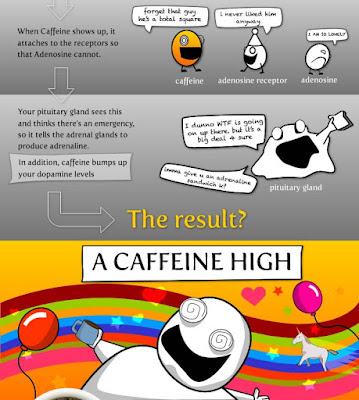 Simple steps for living well and getting more out of life
By EatingWell, EatingWell.com

Leaf-up your life. A 2006 study in Neurology showed that people who ate two or more servings of vegetables daily - especially leafy greens - had the mental focus of people five years their junior.  Have a big green salad for lunch; serve some sauteed spinach at dinner.


Fight wrinkles with antioxidant-rich foods? Once recent (and widely publicized) study suggested that eating a diet that provides plenty of antioxidant-rich foods might help our skin age more gracefully. When researchers looked at the diets and skin-wrinkling patterns of 177 people, they found that those who ate the most vegetables, legumes and olive oil had the least skin wrinkling, while those who ate more full-fat dairy and red meat had the most.  They speculated that antioxidants abundant in the former group's diets might have inhibited some of the free-radical damage (some caused by the sun's UV rays) that accelerates skin aging.  While the premise is exciting, the study didn't show cause and effect and the science is still too preliminary to draw conclusions.  But filing your plate with tasty vegetables and healthy fat is, no matter what, a beautiful thing.

Walk it off. It's true: 30 minutes of cardio exercise a day can improve your overall health.  If the idea of jogging for half an hour has you making excuses to stay inside, keep in mind that just about any activity counts, provided it gets your heart rate up and increase your breathing.  Raking leaves, vacuuming, walking the dog and taking a fast-paced stroll on your lunch break are all great ways to reach your daily 30. But don't feel you have to do it all at once - spreading exercise out over the day is just as effective.

Substitute heart-healthy oils for butter. Pick oils live olive, canola or walnut oil.  These are high in heart-healthy unsaturated fats, as opposed to butter, which is loaded with saturated fat.  But keep in mind that even though unsaturated fat is better for your heart, these oils are still high in calories and need to be used in moderation to maintain a healthy weight.

Pepper your diet with purple.  Research shows that people who eat blue and purple fruits and vegetables - blueberries, plums, purple cabbage, black currants, eggplant and purple grapes - have a reduced risk for high blood pressure and low HDL cholestrol (that's the good kind).  Scientists believe that anthocyanins, the compounds that give purple foods the color, are responsible for these boons.  Blue and purple foods make up only about 3 percent of the average American's fruit and veggie intake, so aim to eat more.

Snack on almonds. A 2006 study in the Journal of Agricultural and Food Chemistry showed an ounce of almonds provides as many flavonoids - compounds that fight free radicals and reduce inflammation - as a cup serving of brocolli or a cup of green tea. (Note: 1 oz. = about 24 almonds).

12 tips to save Petrol

Even though the price of petrol dropped recently, finding other methods to save petrol will surely save more of your hard earned money. Check out twelve tips in saving petrol, sourced from internet.

1) Pump up your tyres

Keeping your tyres inflated is one of the easiest and most important things. Saving petrol means saving money one can do to improve fuel economy.  If a range is recommended by the manufacturer, the higher pressure should be use to maximise fuel efficiency. Deflated tyres run hot and jeopardize safety. It will also cause the tyres to wear out prematurely, affect the vehicles adversely, and hurt the fuel economy by increasing rolling resistance.  Tyres lose about 1 psi pressure per month due to air loss caused by the tyre hitting holes, bumps and kerbs. Therefore, the tyres should be checked at least once a month. Just 1 tyre deflated by 2 psi will result in a 1% increase in fuel consumption.

Avoiding high speeds on open roads results in safer driving and better fuel economy.  In highway driving, over 50% of the power produced by the engine is used to overcome aerodynamic drag. Drag and thus fuel consumption increases rapidly at speeds above 90km/h. On the average, a car uses about 15% more fuel at 100km/h, and 25% more fuel at 110km/h compared to when it is doing only 90km/h.

However, this should not lead one to conclude that the lower the speed, the better the fuel economy because it is not.  The fuel consumption of an average car increases sharply at speeds below 50km/h.

Tyres with thick width will improve the handling of your car. However, it will also increase your car's fuel consumption.  Thicker tyres mean more rolling resistance and thus will consume more fuel.

5) Start up the car properly

With today's cars, it is not necessary to prime the engine first by pumping the accelerator pedal repeatedly. Do not crank the engine excessively. This only wastes fuel.  When starting the engine, idle it no more than 30 seconds to warm up.  An engine will warm up faster on the road.  However, avoid sudden acceleration before the engine has warmed up sufficiently.

The engine runs most efficiently between around 1500 and 2500 rpm.  To maintain these low revs you should change up through the gears as soon as practical and before the revs reach 2500 rpm.

For automatic transmission cars, you should always switch on your overdrive to help save fuel.  Overdrive will allow your engine to change gears at lower revs.  It also puts your transmission into an 'economy' mode and lets it engage the final 'overdrive' gear when cruising to keep the rpms extra low, thereby increasing fuel economy.

Avoid carrying any unnecessary weight in your car.  On the average, every 50kg added load in your car will increase fuel consumption by 2%.

A driver can reduce fuel consumption by up to 10% by anticipating traffic conditions ahead and adjusting the speed accordingly, and avoiding tailgating and thus unnecessary braking and acceleration.  Accelerations and decelerations waste fuel.  Braking and abrupt stops can be minimised by not following too closely and slowing down gradually when approaching a red light.  It takes up to six times as much fuel to move a car from a dead stop than it does for one moving at just a few km/h.

The fuel consumption remains at a minimum during steady driving at a moderate speed of about 90km/h.  Keep in mind that every time the accelerator is hard pressed, the engine goes into a "fuel-enrichment" mode of operation that wastes fuel.  The vehicle should always be gradually and smoothly accelerated.  Using cruise control on highways can help maintain a constant speed and reduce fuel consumption.

Additional parts on the exterior of a vehicle such as roof racks and spoilers, or having the window open. Roof racks are too bad for fuel economy increases air resistance and fuel consumption, in some cases by over 20%.

12) Use the air-con sparingly

Air conditioners can use about 10% extra fuel when operating.  However, at speeds of over 80km/h, use of air conditioning is better for fuel economy than an open window.

A computer programmer was crossing the road one day when a mouse called out to him and said "If you kiss me, I'll turn into a beautiful princess."


He bent over, picked up the mouse, and put it in his pocket. The mouse spoke up again and said, "If you kiss me and change me back into a beautiful princess, I will stay with you for one week."

The programmer took the mouse out of his pocket, smiled at it, and returned it to the pocket.

The mouse then cried out: "If you kiss me and turn me into a princess, I'll stay with you and do anything you want."

Again the programmer took the mouse out, smiled at it, and put it back into his pocket.

Finally, the mouse asked: "What is the matter? I've told you I'm a beautiful princess, and that I'll stay with you for a week and do anything you want. Why won't you kiss me?"

The programmer said: "Look, I'm a programmer. I don't have time for a girlfriend, but a talking mouse, now that's cool."

Right Attitude is the Key to Success

The New Year is a good time to think about improving our lives.  But making a couple of New Year's resolutions may not help much.  What we  often need is totally new way of thinking - something inspirational and passionate. Kazuo  Inamori's formula for success may be just what we need.

Named twice as Japan's most effective manager, he believes that even average people can achieve remarkable success, through the combination of three simple ingredients: Ability, Effort and Attitude. The secret of his success formula for outstanding results lies in multiplying, not simply adding, these three items together.

Inamori says that gifted people - who often rely on their talents alone to carry them to success - may not be as successful as average, hard-working people with the right attitude.  Low marks for talent multiplied by high marks for effort and attitude will produce higher scores.

Our abilities - health, talents and innate aptitude - may largely be hereditary.  But the greatest ability of all is the ability to overcome oneself.  Instead of pretending we can do what we really can't, we should admit what we cannot do and start from there.

The ideal person, says Inamori, is someone who is both hold and sensitive, who has mastered their instincts, and who can focus their intellect to the point where they start to become inspired. They must also have sufficient 'strength of soul', in essence a sense of direction, without which they can easily become a slave to their talents.

Effort makes today's impossibility become tomorrow's reality.  People must have tenacity and perseverance to succeed.  They must pursue their goals with a desperate desire.  They should make an effort to cultivate a sound body for a sound mind.  As leaders, they should infuse their energy into subordinates until they burn with passion.

A positive attitude is the supreme quality, says Inamori.  None of us can be completely free from anguish and worry.  But even in our worst moments, we should try not to lose our cheerfulness.  We should seek righteousness and always ask ourselves: "What is the right thing for a human being to do?"

We should always base our judgement and conduct on fundamental truths and principles.  The easy way does not usually lead us to our goal.  A person who is steeped in jealousy, resentment or hatred cannot hope to achieve success.  In Inamori's formula, a person with a negative attitude is negative overall - and hence unsuccessful.

Although Inamori present his formula as the core message in his book, A Passion for Success, there are other determinants of success or failure.  In the drama of life, there is a huge difference between those who have written themselves a starring role, and those who idle through lfe without aim.

Our lives are not determined by our destiny at birth, says Inamori.  Destiny can be altered by raising our minds and way of thinking. Unlike a play that must lead to a predetermined conclusion, the outcomes of our lives are in our own hands. We can make life hell or heaven - it depends on our attitude.

In hell, there's a giant cooking pot filled with delicious noodles.  But the chopsticks are a metre long - too long to manoeuvre the noodles into the mouth.  So everybody goes hungry.  In heaven, it's the same except that each person picks up the noodles with the long chopsticks and offers them to someone on the other side of the pot.  Through their unselfish minds, they enjoy eternal bliss.